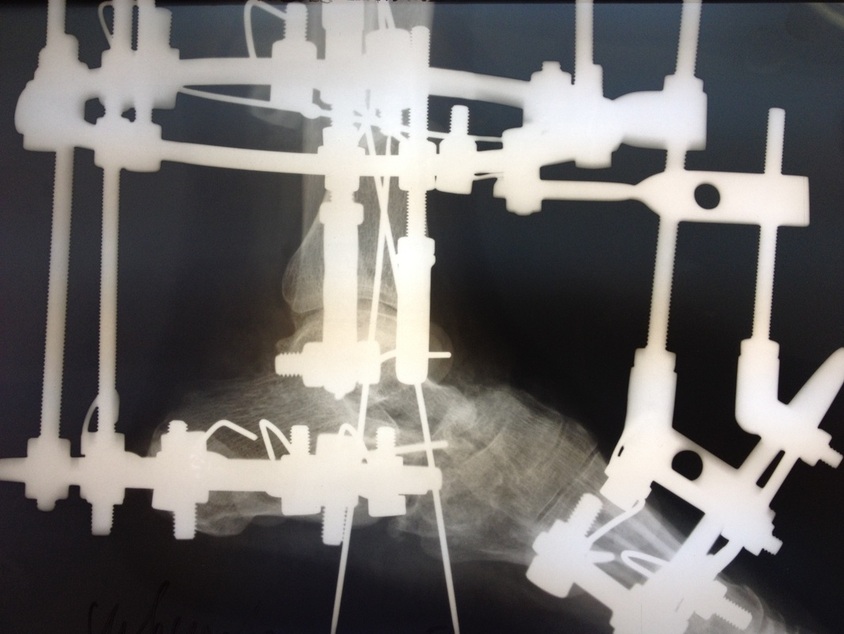 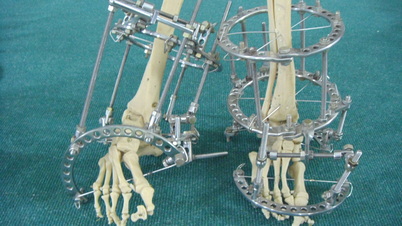 The Ilizarov apparatus is named after the orthopedic surgeon Gavriil Abramovich Ilizarov from the Soviet Union, who pioneered the technique. It is used in surgical procedures to lengthen or reshape limb bones; to treat complex and/or open bone fractures; and in cases of infected non-unions of bones that are not amenable with other techniques.

History  - Professor Gavriil Abramovich Ilizarov invented this procedure in the 1950s after having to treat orthopedic conditions in the Kurgan region of Siberia, then in the Soviet Union. The procedure, and the first apparatus he designed for it, was inspired by a shaft bow harness on a horse carriage (see photo to the right).[1] Originally bicycle parts were used for the frame.

This novel technique was introduced to the West in the 1980s, predominantly via Italian surgeons. It gained popularity in the 1990s, and has been used successfully by many surgeons throughout the world. In most developing countries it is a highly specialist technique used mainly for deformity correction by experienced surgeons due to its complexity.


Mechanics and physics - The device is a specialized form of external fixator, a circular fixator, modular in construction. Stainless steel (or titanium) rings are fixed to the bone via stainless heavy-gauge wire (called "pins" or Kirschner wires). The rings are connected to each other with threaded rods attached through adjustable nuts. The circular construction and tensioned wires of the Ilizarov apparatus provide far more structural support than the traditional monolateral fixator system. This allows early weightbearing.

The apparatus is based on the principle which Ilizarov called as "the theory of tensions". Through controlled and mechanically applied tension stress, Ilizarov was able to show that the bone and soft tissue can be made to regenerate in a reliable and reproducible manner.[2]The top rings of the Ilizarov (fixed to the healthy bone by the tensioned wire) allow force to be transferred through the external frame (the vertical metal rods), bypassing the fracture site. Force is then transferred back to the healthy bone through the bottom ring and the tensioned wires. This allows the Ilizarov apparatus to act as a sort of bridge, both immobilizing the fracture site and relieving it of stress, while allowing for the movement of the entire limb and partial weight-bearing. Middle rings (and tensioned wires) act to hold the bone fragments in place and to give greater structural support to the apparatus and limb. However, the critical load bearing rings are the top and bottom rings which transfer the force from the healthy bone down to the healthy bone, bypassing the fracture site. 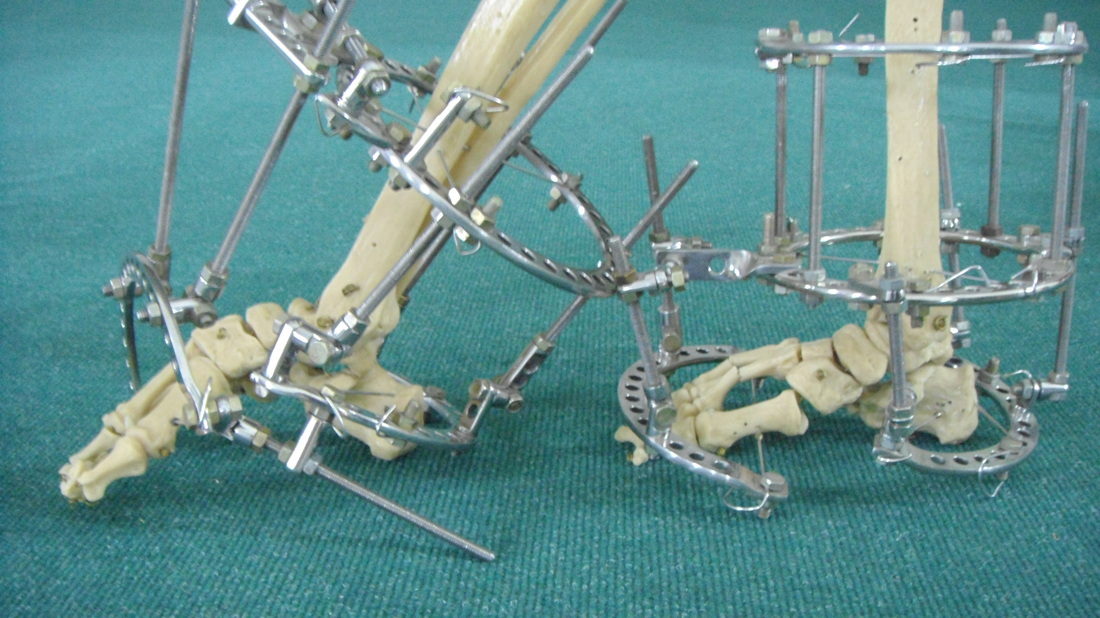 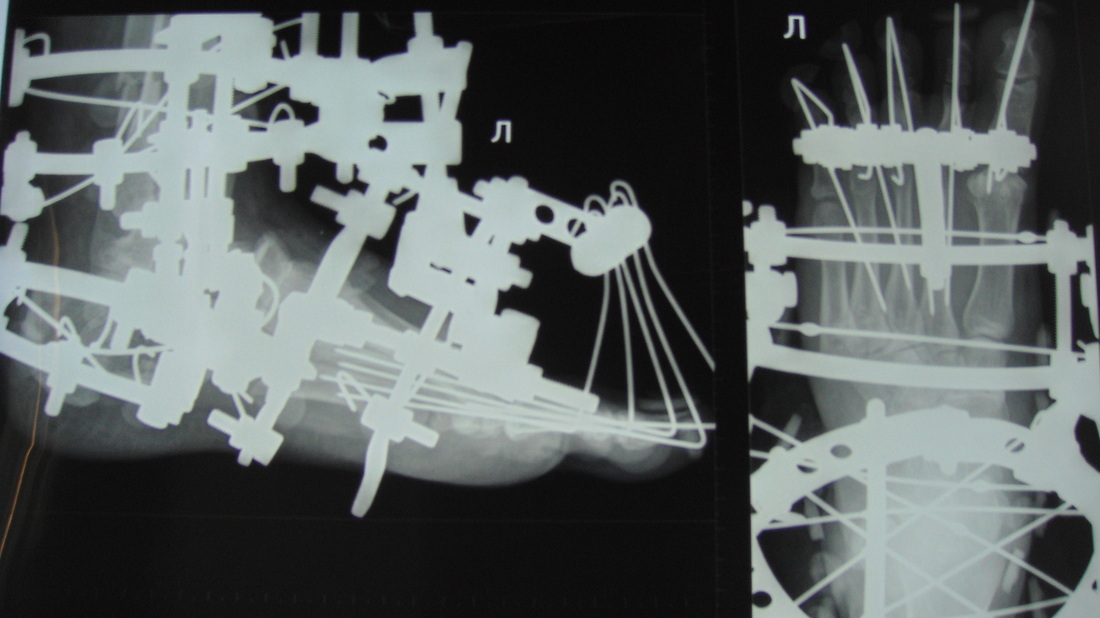